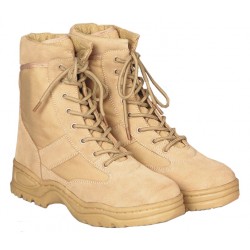 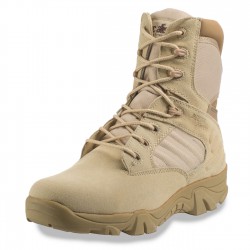 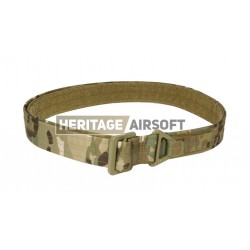 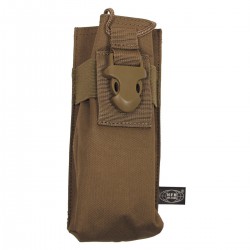 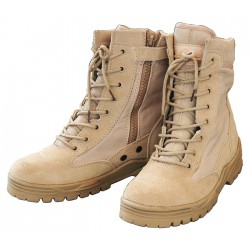 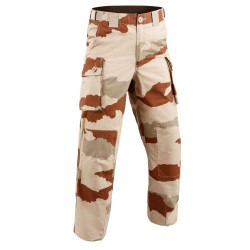 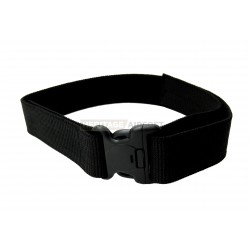 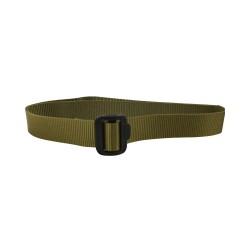 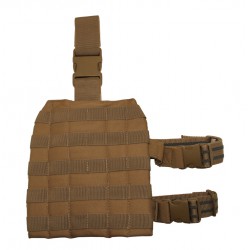 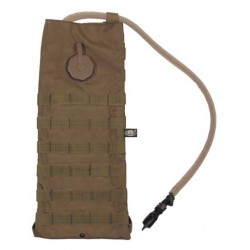 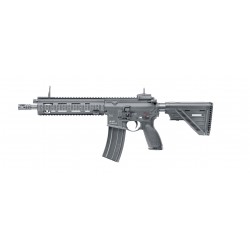 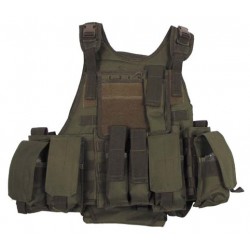 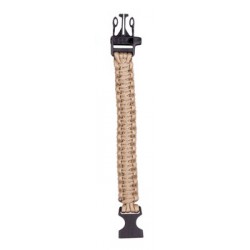 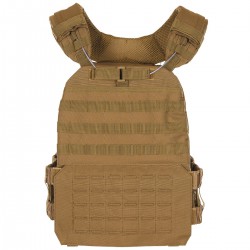 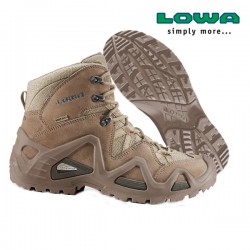 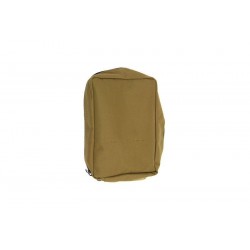 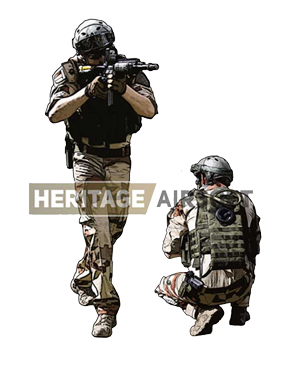 Expand your patriotic instincts by choosing a French airsoft outfit that sticks to the news, the Daguet outfit being used in external operations (OPEX) in Mali, Tchad and previously in Afghanistan and Tajikistan.

The Daguet camouflage appeared in 1989, and is so named because of the Daguet operation (1st Gulf War 1990-1991), which was the first operation where this outfit was used.

For a Daguet airsoft outfit, the base is inevitably the UBAS shirt (Under Body Amor Shirt) with the F14 pants, both in camouflage Daguet from Gilbert Production.

Then choose your pair of shoes among the references that Heritage-Airsoft proposes you. Topping our list of favorites, shoes ZEPHYR GTX color coyote from Lowa, but also discover the Patriot boots with zip desert, cheaper. Mac Allister, besides proposing this previous reference, also provides the desert commando boots. Mil-Tec also offers his tactical boots Generation II in desert color.

Use the splinter-proof jacket Ciras LAND style with pockets, in color coyote from MFH to bring all your HK 416 and M9/92FS magazines; and your equipment that will serve you in airsoft game. Use olive green equipment was also seen on the battlefield although the desert character of the environment in which progress the troops, so you can also use the same splinter-proof jacket Ciras style in green. But you can also choose a MOLLE Ranger vest with pockets and a dorsal skin, also from MFH.

Add to this a tactical belt 600D black version, where you can set a rigid Roto Holster for Beretta M9 and 92/96 with support (by IMI Defense).

Cover your head to protect from the sun through the FAST Jump helmet in olive colored from MFH, equipped with a slot for attaching a night vision system or a Go-Pro, to film your airsoft games and post them on YouTube!

Concerning the airsoft replica, you can opt for two replicas made by two famous brands: the TR4-18 (HK416) Top Tech long barrel from G&G or the Bolt 416 in black, full metal, Bolt manufactured.

Finally, don’t neglect the protections: the Sky-Woodland protective mask by our French friends SkyAirsoft will meet all your expectations in term of protection mask. You can also opt for CROSSHAIR glasses with smoked glass from ESS, used without anxiety for your airsoft games. Also, protect your hands with a pair of tactical gloves, shelled or not, from Battle Cleared Replica.